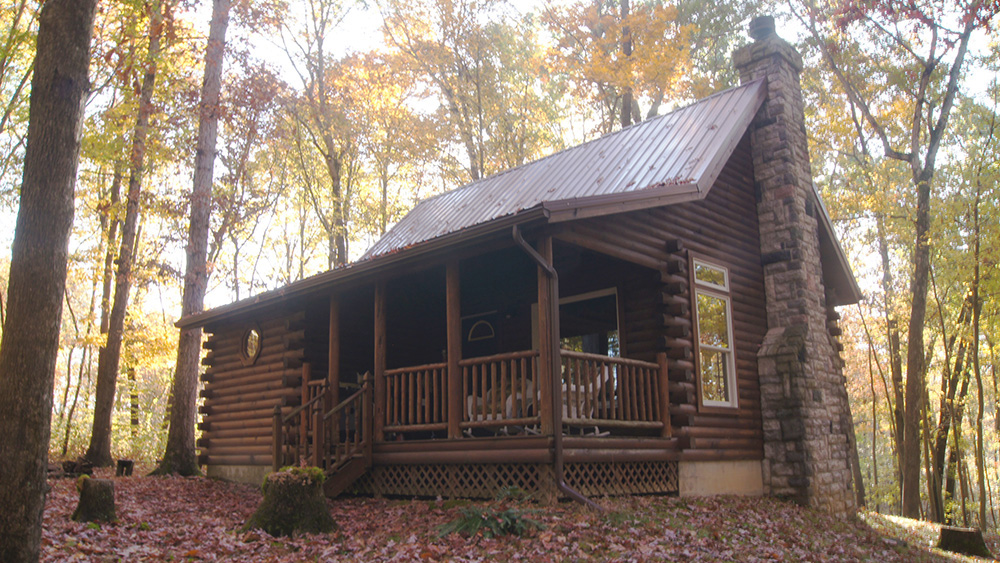 The COVID-19 pandemic arrived in our area of the USA in late March, so my boyfriend, Dave, and I have been trapped at home (mostly) since early April. Our Jeep events for the summer got cancelled, our professional conferences were either postponed or switched to “virtual” conferences, and the Ohio State Park campgrounds filled up with people trying to figure out if they liked camping, since outside was the only place to go. By fall, we were pretty stir-crazy.

Dave found this cute “couples getaway” cabin on AirBNB and sent it to me in the middle of a workday. “Do you think your boss would let you take PTO and we could book this for next week?” Oh, heck yes.

We both took three days off work, dropped our dog off at my parents’ house, and checked into the cabin on Wednesday afternoon, with plans to leave Friday morning. Except for a trip into town to have a lazy breakfast at the little greasy-spoon diner we passed on the way in, we didn’t leave the property. It was a nice little vacation, even if we were less than two hours from Cleveland the entire time!

I don’t know if I would call this “glamping”, because really the only thing missing from the cabin was an oven. It was more like staying in a house in the woods. We could see the light from the lamppost in front of the other cabin on the property at night, but not the cabin itself, and we couldn’t hear our rental neighbors, either. There was some cattle on the neighboring property that we heard sometimes, and a far-off rooster in the morning, but other than that it was just us, the cabin, and the trees!

It was really nice to unplug (the cabin had electricity, but no TV and no WiFi) and relax for a couple of days. Both of us are usually on the computer for 8-12 hours a day between work and hobbies, and we really needed a break from screens. (Okay, I did spend hours on my iPad Pro at the cabin, but that’s because I read ebooks on it.) Since the cabin is really billed as a “couple’s getaway”, it has a two-person hot tub tucked in the corner of the living area… yeah, we spent a couple hours in there, too (not doing anything dirty, haha! Our tub at home is too small for two people and neither of us has time to take baths in “real life”, anyway — but I told Dave about 20 times that we definitely need to look into having a hot tub installed at home after having it available at the cabin).

Dave’s always on me about how we should buy “property” (I have learnt that this is rural-speak for “a bunch of land you don’t really need with a tiny cabin on it”), but now I think I be a believer if we can do this whenever we want!